While coconut oil is considered primarily to be a hair tonic, it is also used widely in Southern India for cooking purposes.

While coconut oil is considered primarily to be a hair tonic, it is also used widely in Southern India for cooking purposes. Unlike refined oils, cold pressed coconut oil is full of vitamins and antioxidants, and it is also devoid of preservatives and chemicals. Since the cold press process only make use of minimal heating (35 – 40 degrees), the oil remain in its pure form. At Gulab Goodness, our traditional cold presses produce the purest form of coconut oil that you can use for cooking and reap multiple benefits. These cold pressed coconut oils can also be used as an ointment for skin and hair to enrich them with necessary vitamins and retain the youthful glow.

Here are some of the benefits of cold pressed coconut oil:

It is a rich source of Lauric acid, the only other primary source being breast milk. It strengthens body immunity and helps fight infections.
Coconut oil is a metabolism influencer and thus it can used to reduce weight. Diets such as Keto and Paleo heavily make use of coconut oil.

Until a decade ago cold pressed groundnut oil was the primary means of ethnic Indian cooking. Unlike refined oils, cold pressed oils do not contain any preservatives or undergo chemical processing. This allows the oil to be retained in its pure form with 100% natural ingredients intact. Natural groundnut oil has a range of dietary and medicinal benefits.

There are no reviews yet.

Choose
Where You are
Shopping from. 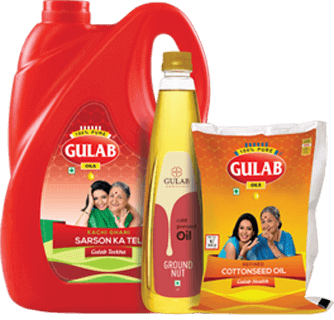